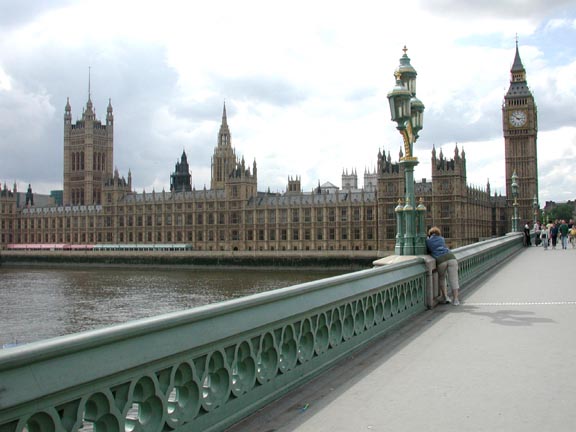 The Houses of Parliament as seen from [Westminster Bridge]? in 2001. Image copyright George P. Landow. (source)

The seat of government in Britain, the Houses of Parliament were designed by Sir Charles Barry and Augustus Welby Pugin and built over the course of twenty years, between 1840 and 1860. On the right can be seen St. Stephen's Tower ("Big Ben"). A light in the Tower by night, and the Union flag flying from the Victoria Tower by day indicate that the "House" is sitting.